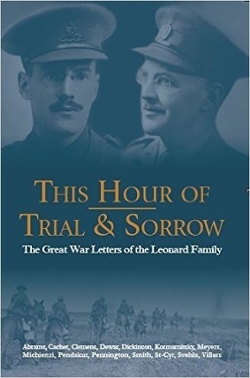 On behalf of the History Department we would like to congratulate our 2014-15 Public History graduates who have received the Lieutenant Governor’s Ontario Heritage Award for Excellence in Conservation for their book, This Hour of Trial and Sorrow: The Great War Letters of the Leonard Family.

Awards will be presented at the Legislative Building, Queen’s Park, in Toronto on February 26th, 2016 at 6:00pm